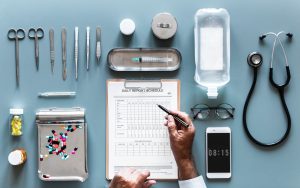 This article will provide you with an overview of how technology has altered some of the most widespread types of cosmetic surgery, such as breast surgery.

One of the disadvantages of having a traditional facelift is the probability of scarring. People who are image conscious want to undergo a facelift but are oftentimes put off for this reason – particularly when the result of the surgery makes it apparent they’ve had the procedure done.

When going through an endoscopic facelift, small incisions of 4mm to 5mm are made on the scalp and temples instead of the surgeon creating an incision from the temples around and behind the ears. To create the small incisions, an endoscope is used.

One question that arises is, “What are the advantages a person can enjoy after undergoing an endoscopic facelift?”

The answer to this is minimal or unnoticeable scarring and minimal risk of experiencing lasting numbness on the face. Surgeons can provide a better result as the endoscopic facelift focuses on specific areas of the face.

As great as endoscopic facelifts are, there is one downside – it only focuses on the top two-thirds of the face. If you want to improve the lower face and neck region, you’ll have to get the traditional facelift. Another option is having both procedures done and still benefit from the result of an endoscopic facelift.

This technique for breast augmentation is quite new and is considered to be pioneering in the medical industry. It is already a popular procedure considering its non-invasive nature and simplicity. If you choose to have the fat transfer method for breast augmentation, your surgeon will take fat from one area of your body and inject it into the breasts. Usually, you can choose which part the fat can be taken from during consultation.

Patients who will undergo this procedure will be required to wear an external expander during sleeping hours for several weeks before the surgery. Doing this helps create a vacuum within the existing breast tissue for the fat to be injected at the time of the procedure.

Some of the benefits of opting for the fat transfer technique for breast augmentation is not having large cuts so implants can be inserted, thus no scarring, small needles are used to inject the fat, and compared to other breast augmentation methods it has a faster recovery time.

This procedure is ideal for women who want to have a relatively small increase in breast size or simply want to improve the appearance and form of their breasts. The final outcome of the fat transfer method is more natural looking, which is another reason why many women choose this option.

Liposuction may be a popular treatment, but it has also been a source of controversy especially with medical studies questioning its safety. Generally, liposuction has been regarded as safe but choosing to undergo Smartlipo is for someone who wants to lose fat but also has concerns.

Liposuction removes fat from your body I solid form using a cannula but on the other hand, laser technology is used for Smartlipo, melting the fat and removing it when it is in liquid form. Your body will experience lower levels of trauma when you undergo Smartlipo. The recovery time is also a lot quicker compared to Liposuction.

A laser is used to remove skin one layer at a time and as you heal, the new skin cells will create a younger and tighter surface, resulting to an improved appearance.

What’s nice about laser skin resurfacing is it can be done in combination with other facial cosmetic procedures. You can also choose to go through the procedure to treat specific areas of the face or have the entire face treated.

Laser skin resurfacing improves your appearance, but don’t expect it to give you perfect skin. It is a non- invasive alternative to common facial cosmetic treatments that laser skin clinics offer.

You awaken in the morning, inquire Amazon Alexa to your daily property report and then reach for your smartphone to...